So we dropped of the boys at their grandparents this weekend.  The lead up to that moment was pretty emotional.  We're leaving in a few days and have a number of things to do before we fly out, but the reality of not seeing my kids for three weeks is a bit overwhelming.  I know that once we land in Amsterdam and start seeing the sights and visiting family it will be fine.  But I've had these waves of emotion pass over me and I've been working to keep them at bay.  I've been away from my boys for stretches before, but not like this.  They've never been much farther than a few hours away; and certainly I've never been on a different continent than them.

I know people deal with this all the time.  The world will not come to a screeching halt because I'm away from my children for a few weeks.  But still.  Happier posts to come soon methinks.
Posted by Rob at 11:51 PM No comments: 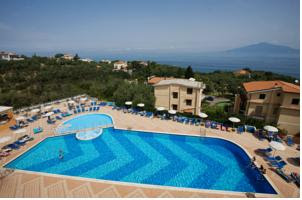 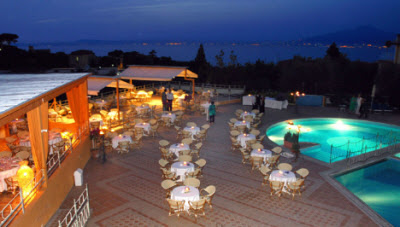 Depart Toronto on July 24th and return on August 8th.  Now we just have to sort out the details.
Posted by Rob at 10:50 PM No comments:

We awoke to the sound of pouring rain - not promising for what was to be our first day at Disney.  Though we wanted to get an early start as it would take us a couple of hours to get there from Bradenton there was no point in getting soaked trying to do it.  So we hunkered down and had some coffee while we waited for a break in the weather.

We arrived at Disney's All-Star Music Resort where we were staying and headed to the desk to check in.  The woman who checked us in was very friendly (as expected) and she was originally from the Netherlands so we ended up chatting about family, our upcoming trip, the summer I spent there and so on.  She mentioned that since it was still early morning we were too early for check in which wasn't until later in the afternoon.  But she said she would see if she could find us something.  And she did.  She also gave us some buttons that would play into our experience later.

We stayed in the Country Fair section at the back of the resort.  We were straight back from the main building past the two pools (one shaped like a piano, the other like a guitar) situated two doors down from giant cowboy boots and right behind a giant banjo. 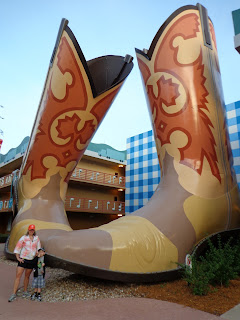 We had been chatting about searching for Hidden Mickeys and  Daniel picked out the ones in the boots right away.  And on the manhole covers.  And in the railings along the second and third floor walkways at the resort.  And the one that served as the entrance to the bird houses we saw hanging about at Animal Kingdom.  It turns out he has a pretty sharp eye for detail.

Anyway, we dropped our belongings, grabbed what we needed for the park and headed off to catch a bus to Animal Kingdom, the first park on our list.

One of the things we learned during our stay was just how good Disney is at making the customer experience seemless, simple and pleasant.  Their transportation system is excellent.  We literally parked our SUV on Tuesday and didn't drive it again until Saturday when we left.  Everywhere we went was by bus and there was always a bus when we needed one.  Our longest wait was this first bus - every other time we either walked right up and climbed onto one that was waiting or we lined up for five minutes.  It really was no hardship at all.  And although there were certainly a few time when we were packed in, standing in the aisle, everyone was pleasant.  I mean really, you're on a bus on the way to Disney World - where's the problem, right?

Although we had heard that Animal Kingdom was a park that didn't necessarily warrant an entire day (indeed my guide book to Disney would have had us relaxing by the resort pool by mid-afternoon) our late arrival meant that we would need to be smart if we wanted to make the most of our day.

This is where I would like to pause and pass on a couple of tips.  Number one is to plan.  I know it is your vacation and you're just looking for some fun, but I can only say that in my experience, planning was what made the trip for us.  We didn't get crazy about it.  And we were certainly flexible.  You have to be willing to modify as you go.  But I have no doubt that if the first time you look at a map of the park is when you grab it as you walk in the front gates, you are missing out.  Being familiar with the park, at least on paper helps to organize how you're going to spend your time which allows you to be efficient.  It also allows you to focus on the things that are important to you and skip the things that aren't.

Second, use Fast Passes.  It stuns me that for four days we were able to go on the most popular attractions without waiting more than fifteen or twenty minutes (and often five or less) while other people stood in line for an hour or more.  Again, this requires a little planning, but it is so worth it.

Third, skip the Extra Magic.  Disney extends the hours of the parks by opening early some days and closing later.  These Extra Magic hours are to allow Disney Resort guests additional time in the parks.  It sounds like a worthwhile idea but I read a suggestion in Disney World:-Beat the Crowds that was at first counter-intuitive.  The author suggested that you skip the parks that are offering Extra Magic hours, opting instead for one of the other parks on those days.  The logic is that Extra Magic equates to Extra Busy as well.  Everyone is trying to squeeze as much out of their park time as possible and so on the days when a park is offering Extra Magic hours, more people attend that park.  By choosing a different park you are more than likely choosing a park that will be less busy too.  Now I can't be certain that this was a factor for us because we didn't go to any parks on the Extra Magic hours days so we can't compare.  But what we can say is although the parks were all busy we never felt the oppressive crush of the crowd that often comes with amusement parks.

More on the actual day at Animal Kingdom in Part 2.
Posted by Rob at 11:49 PM No comments:

Email ThisBlogThis!Share to TwitterShare to FacebookShare to Pinterest
Labels: Florida 2013 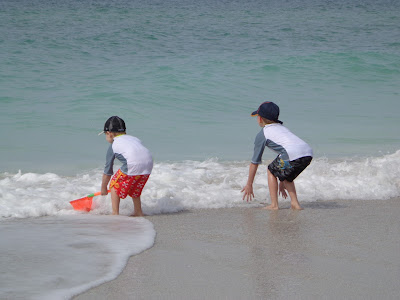 We couldn't go to Florida and not hit the beach so Monday was Beach Day.  We headed down to Holmes Beach which was close by and completely packed.  We headed a few blocks down the road and found a side street with beach access and headed down.  The beach was beautiful and the day was warm, though a touch breezy.  The boys got good and wet, playing in the surf, searching for shells and    sand dollars.  The water was cold, certainly too cold for swimming and even walking along the shoreline left my feet achy.  But still.  It's Florida and it's the beach.

Daniel was up to his same tricks again, harassing the waterfowl.  He would chase off the groups that congregated nearby in the sand.  But he got a bit of the same back from the birds at one point when some of the snacks we had brought with us spilled out of the bag.  With salty snacks on the line our feathery friends become significantly more bold and this time it was Daniel that was scurrying off.

We also got a fun little show.  Down the beach a few hundred yards there was a young girl with a couple of hula hoops.  She was doing something like this: Hula Dance.  It was pretty cool.
Posted by Rob at 9:45 PM No comments:

Email ThisBlogThis!Share to TwitterShare to FacebookShare to Pinterest
Labels: Florida 2013

Two very quick points, mostly as placeholders for me so that I don't forget about them:

1) I do intend to finish up the posts on the Florida trip with a day-by-day summary including pictures as well as a final wrap up post about our thoughts on the trip itself, Disney, etc.

2) Just received an email link to an article on things to do in Italy for free.  Haven't looked it over yet but I expect there might be some good ideas we might want to consider.

Of Geckos, Geese & Gatherings around the Pool

After a good night's sleep we were up and at it.  The day was beautiful - sunny and hot with a breeze.  The boys were on the hunt for geckos right out of the chute.  One of the neighbours provided a couple of butterfly nets and they were off, running around, looking in bushes and lurking behind trees, looking for opportunities to pounce.  Many sightings.  None captured. 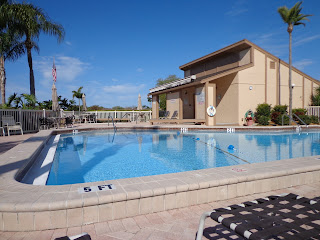 We also spent some time at the pool, swimming and sunning.  The boys used the occasion to charm the residents.  They finagled some snacks as well as a gecko egg (sans gecko).  And they got lots of laughs and compliments.  It was really nice to get into the water; I hadn't realized how much I missed swimming until I got into the pool.  The water was fantastic and for the first hour or so we had the entire pool area almost entirely to ourselves.  Even later in the afternoon as people began to drift in it was still never what you would call busy.  There were never more than about fifteen people hanging around at any time.  And everyone was really friendly and it led to a good visit. 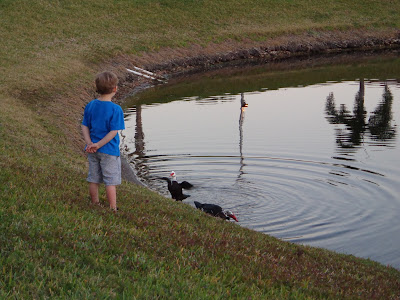 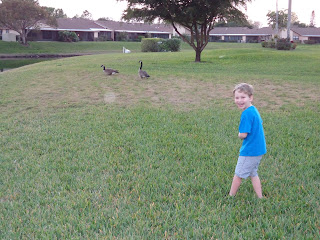 We rounded out the day with a walk down by the lake where a variety of geese and ducks make their home.  Daniel spent his time stalking a group of Muscovy Ducks.  He got to within about five  feet of the final bird before it finally tired of his presence and flew off into the night.  The noise from the beating of its wings was substantial and sent Dan-Dan scurrying in the opposite direction.
Everyone should sleep well tonight.  Except maybe the geese.

Tomorrow we plan to hit the beach.  It is supposed to be another sunny day so it should be a good day for it.  Again, the neighbours were good to the boys - someone dropped by at dinner time to lend them some toys for at the beach.  Tomorrow will be about shells, surf, buckets and shovels.  It should be another good day.